Tesla Releases Patents to the Public

Elon Musk Sharing Technology to Boost Innovation in the Industry 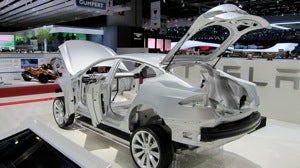 Elon Musk, the founder of electric car company Tesla, announced that Tesla is releasing its technology patents in an attempt to boost innovation in the electric car market. While the announcement was heavily coated in altruistic jargon about saving the environment, it just may be a great business move. First, open source software tends to be better, more secure, and more profitable for those who utilize it well. Why can’t the same be true of engineering technology?

Second, the electric car industry has not made the strides to the wider market many had hoped. Because of this, there is very little infrastructure and support for electric cars. This means Tesla is fighting a nation of combustion vehicles, and the lobby they bring with them, all alone. For example, Tesla’s business model of selling vehicles directly to customers has been banned in New Jersey.

Finally, it’s clear that there are numerous hurdles to entering the market due to the fear of patent litigation. A new study shows that patent trolling has a significant negative effect on a start-up’s ability to get funding. Musk cleared that problem by announcing that they would not pursue patent litigation. This allows for new innovations in the marketplace that Tesla can capitalize on. And hopefully make more demand for the product.

Remember, the original purpose of patents was to limit intellectual property ownership so that ideas would be opened to the public in a short period of time. The laws have changed drastically since then. Considering the overuse of patent litigation, and the value added by open source technology, it might make more sense today to invite collaboration rather than overly protect intellectual property.