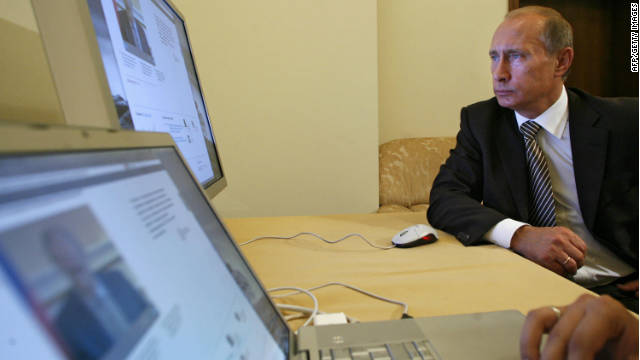 On Monday, Russian President Vladimir Putin signed what it called the “bloggers law.” It requires any website with more than 3,000 daily visitors to be considered a media outlet, like a newspaper, and thus be responsible for the accuracy of any information published. All eligible bloggers will need to register with the state, and can no longer be anonymous. Further, any organization that provides a platform for the blog (search engines, social networks, etc.) must maintain records of everything posted.

Part of a Trend of Internet Censorship in Russia

It is no secret that the bloggers law is part of a conscious effort on the part of the Russian Government to silence online criticism. By actively registering and monitoring popular bloggers, the government is telling them that they are now being targeted. Putin believes that Russia should move towards the Chinese model of internet censorship, and has been very active in making that become a reality.

Earlier this year, a law allowing the government to block websites was immediately implemented against critics of the Putin administration, and news sites that reported on political upheaval and demonstrations. Just last month, Pavel Durov, the founder of Vkontakte (Russia’s version of Facebook) fled the country rather than turn over government requested information about political activists.

Ridiculous Loopholes in the Law

From a legal standpoint, it is no surprise that Putin has been cracking down on dissent, and this is just another step along the way. Recently he announced his belief that the internet was a “special CIA project.” But it is a surprise that he did it so poorly. Both critics and proponents of the law seem to agree that it was poorly written and ridiculously vague. For example, there is no determination about how to count 3,000 visitors. Some sites have already proclaimed that their visible counters will stop below that magic number.

What’s equally unclear is how the law will affect U.S. based companies operating in Russia. Google and Facebook have both said they are reviewing the law, but have not announced any determinations. The problem is that while the fines for noncompliance are relatively low (for Google and Facebook), continued noncompliance could lead to a government shutdown of the service. In other words, it may be an attempt by the Russian government to close foreign sources of information, like Google, YouTube, Facebook, etc.

While Russia does have free speech rights, and this law will surely end up before their Supreme Court, the political climate in Russia is very much in Putin’s favor. This is particularly true after his twin victories of the Olympics and the annexation of Crimea. U.S. companies providing blogging platforms in Russia should be wary of the law and take steps to protect their users. For example, some Russian blog platforms have stopped publishing bloggers’ page views above 2,500, while others have eliminated the customer review options to better hide the number of daily page views.

Have other ideas on how to protect bloggers in Russia after this new law? We’d love to hear from you in our comments below.